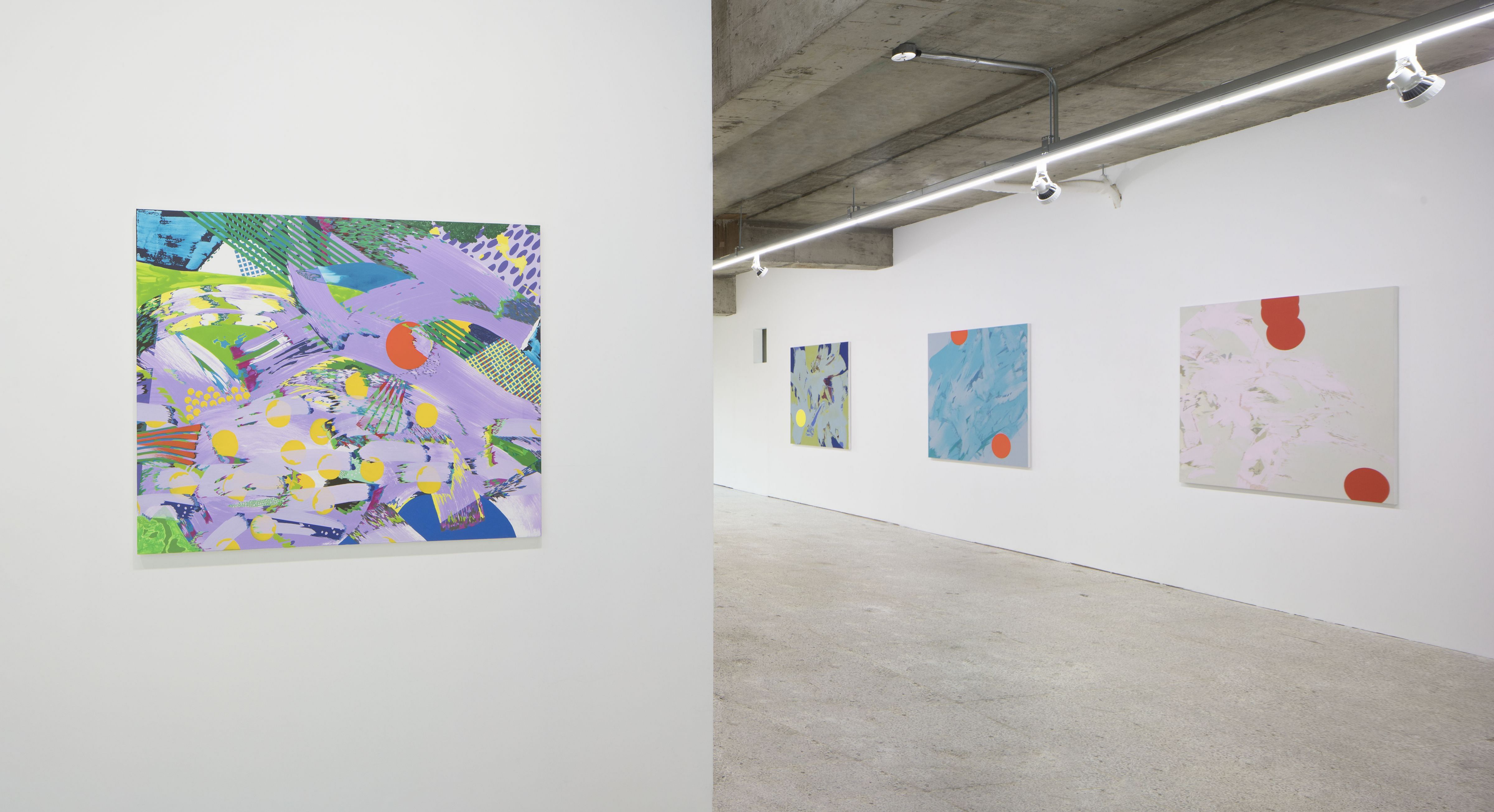 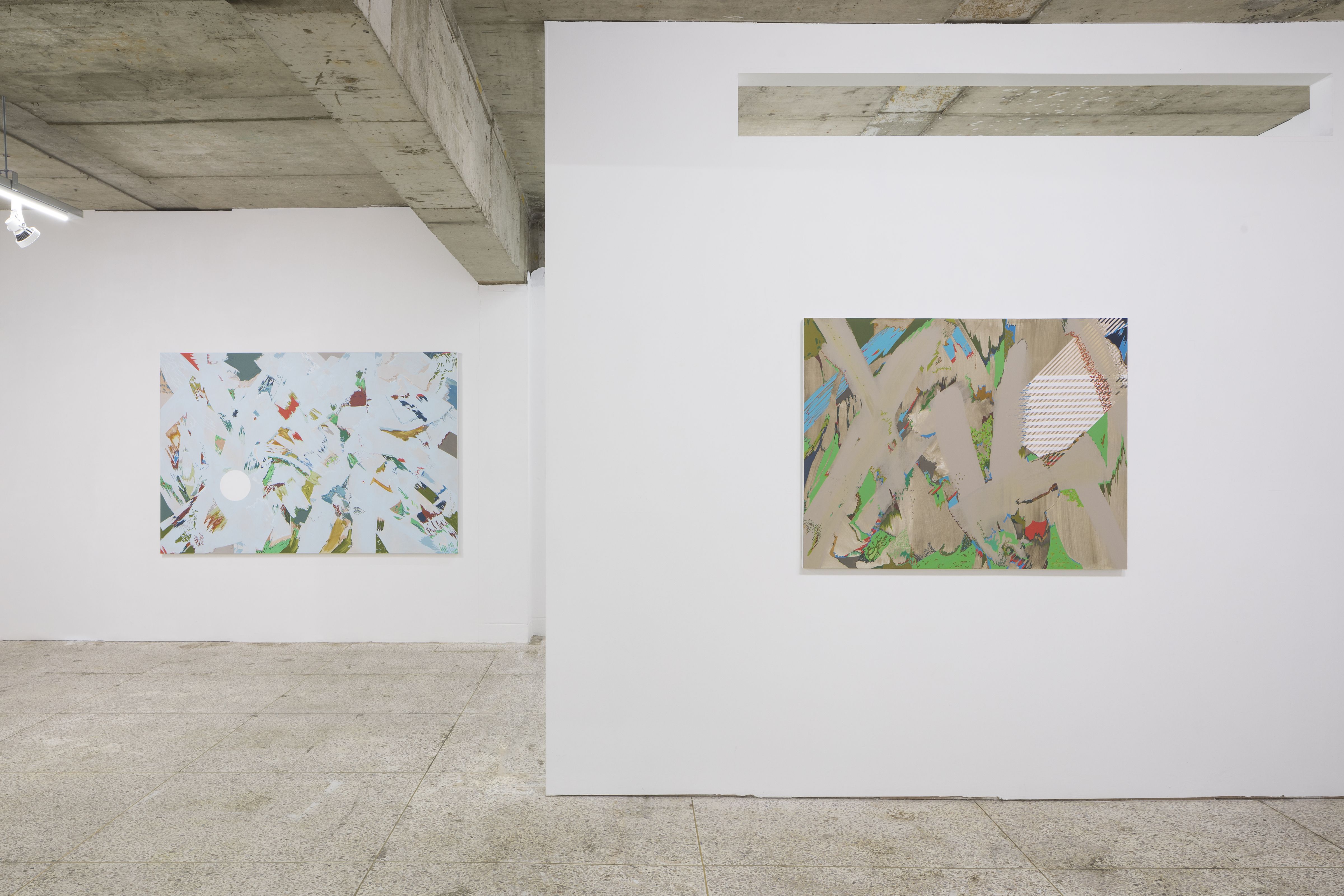 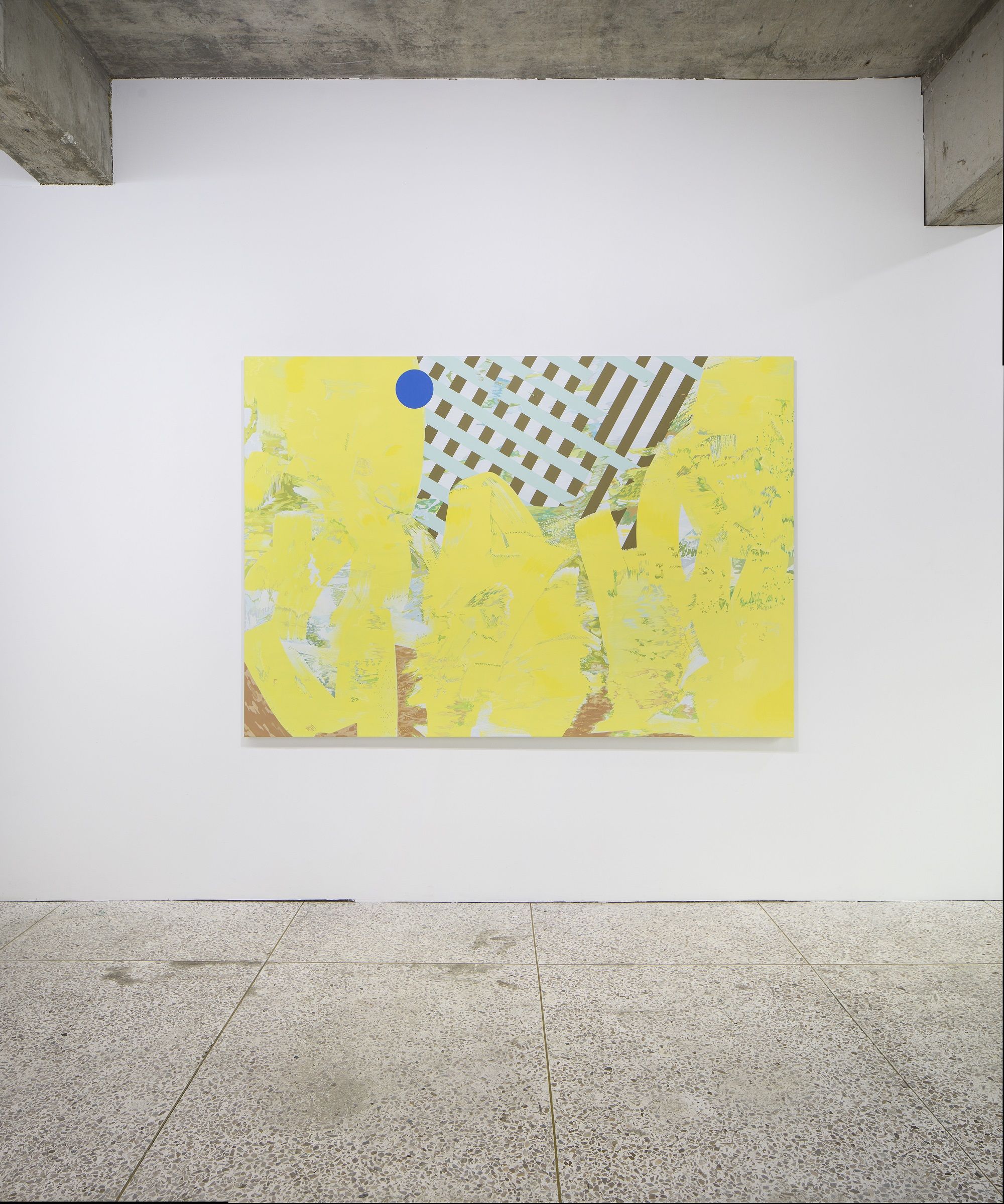 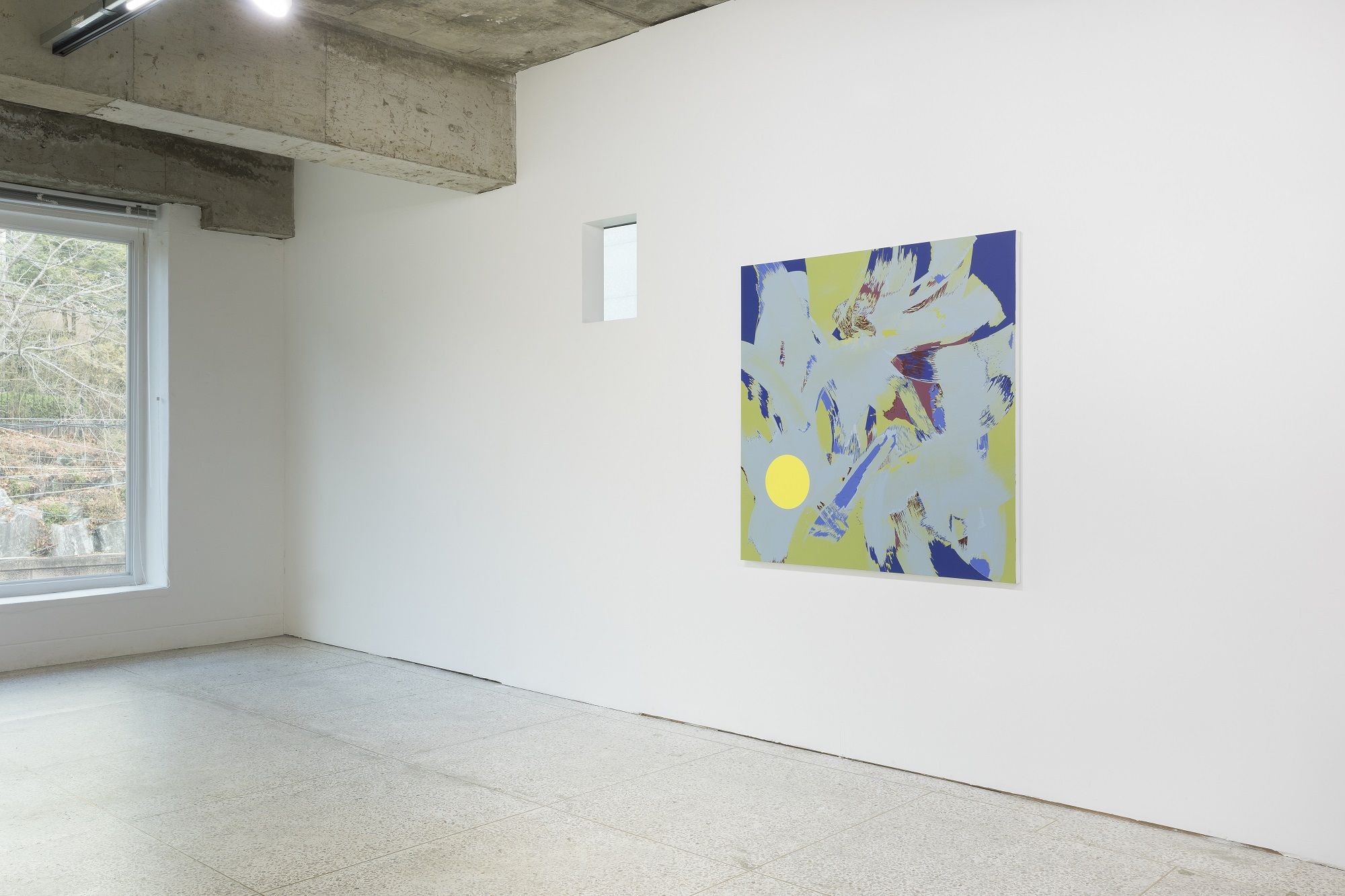 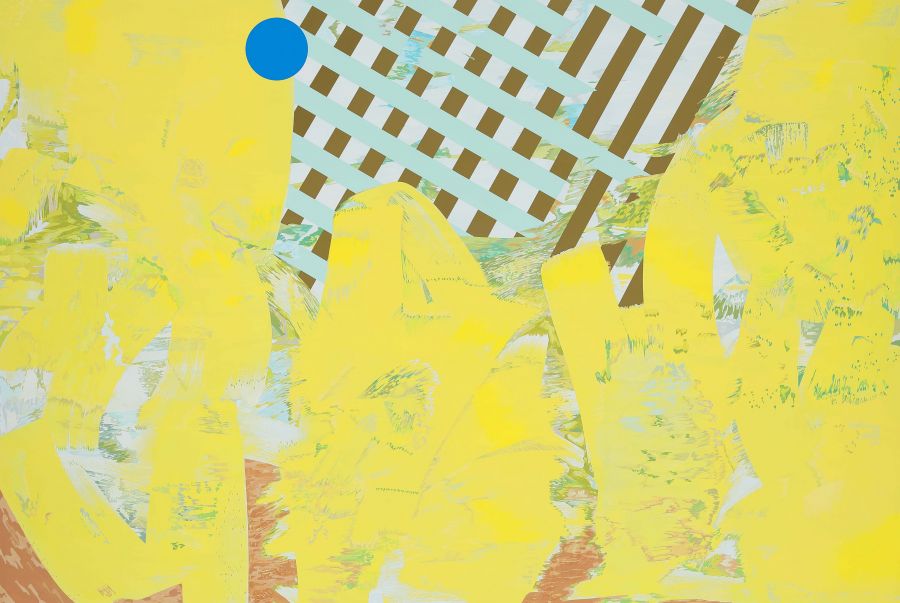 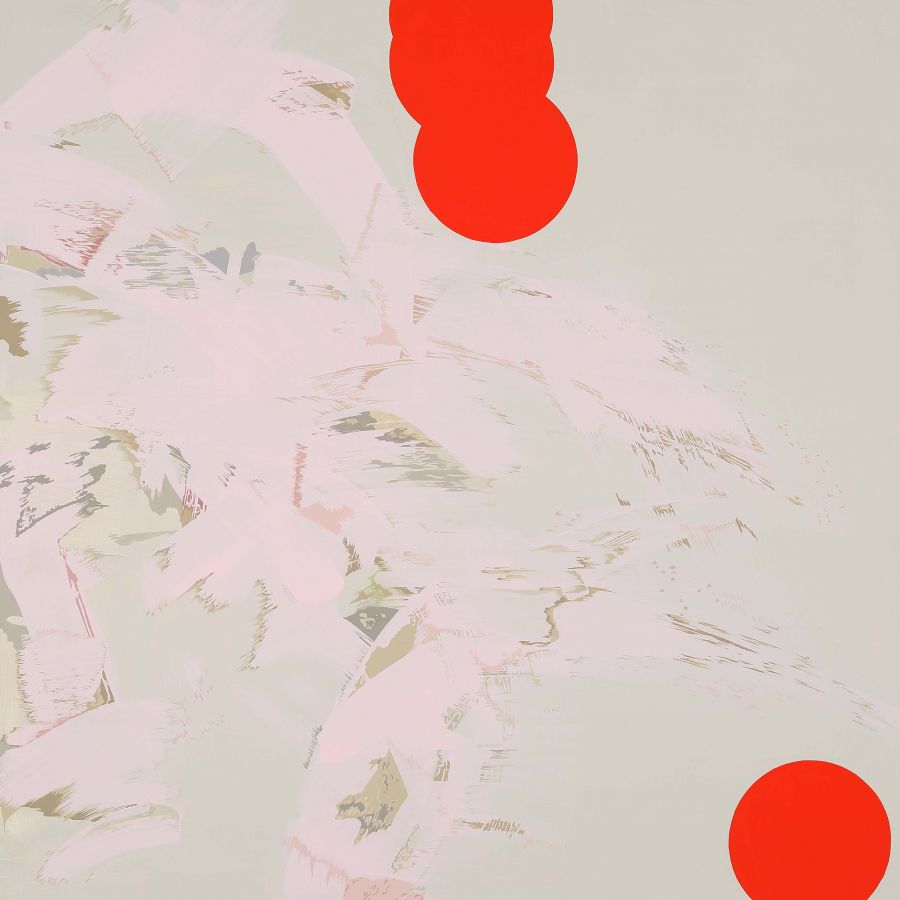 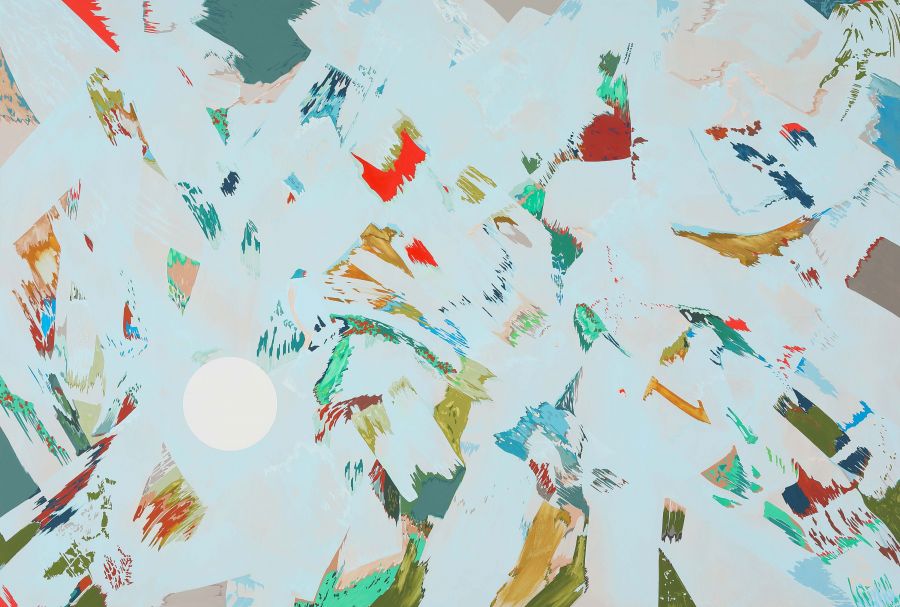 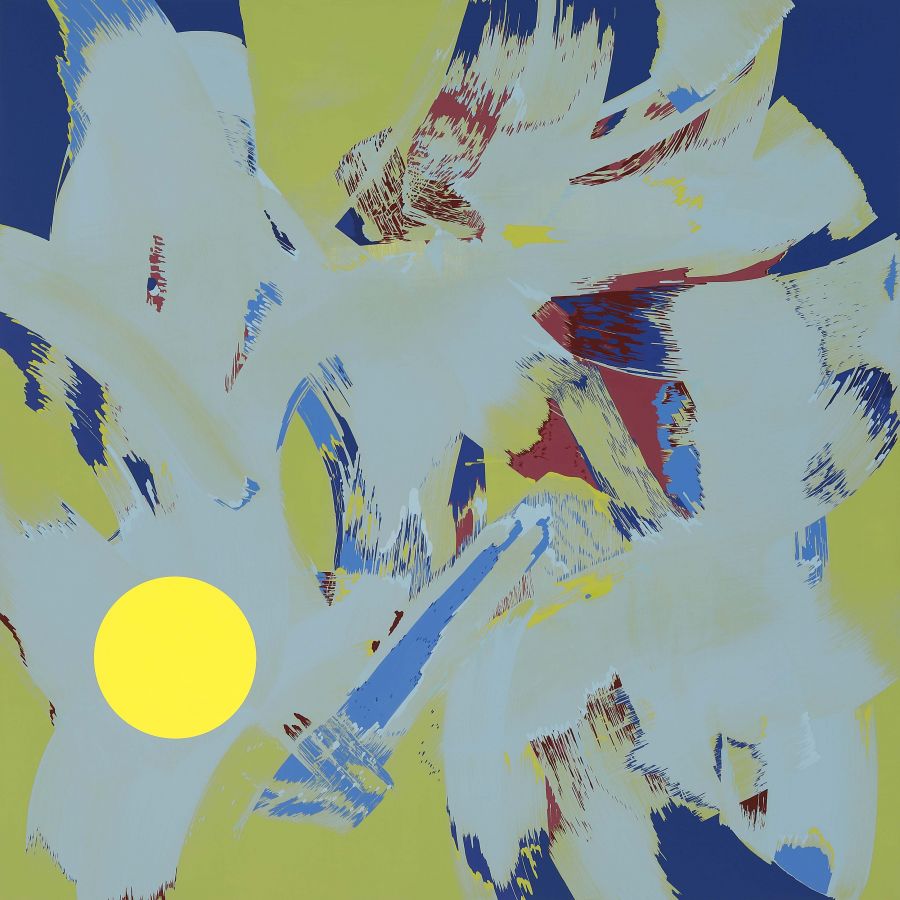 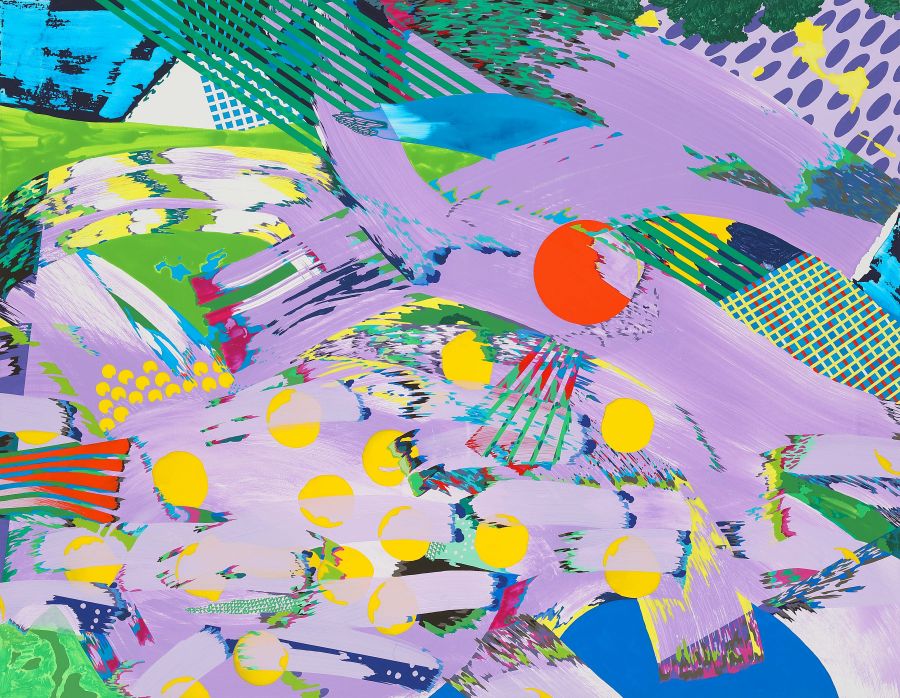 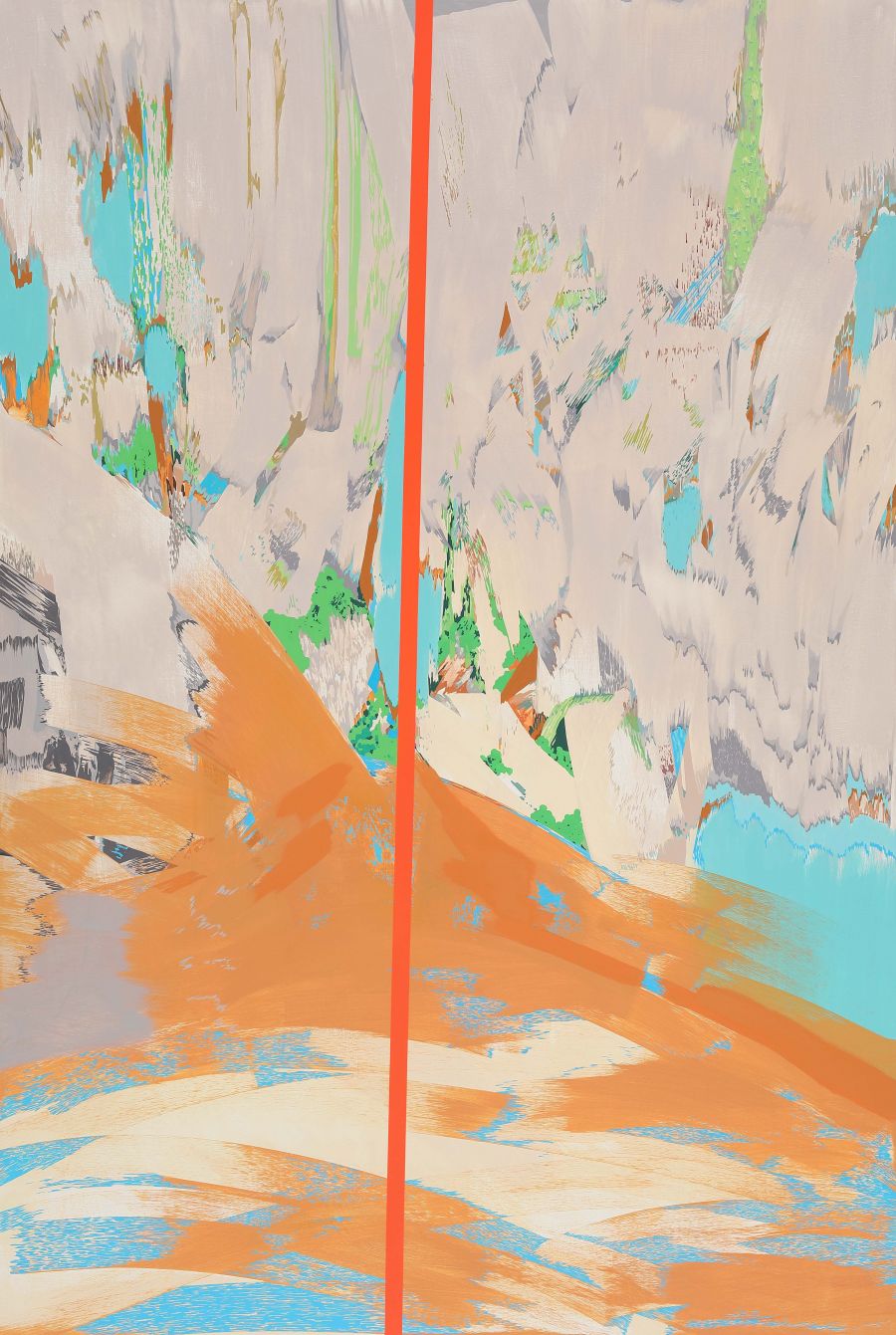 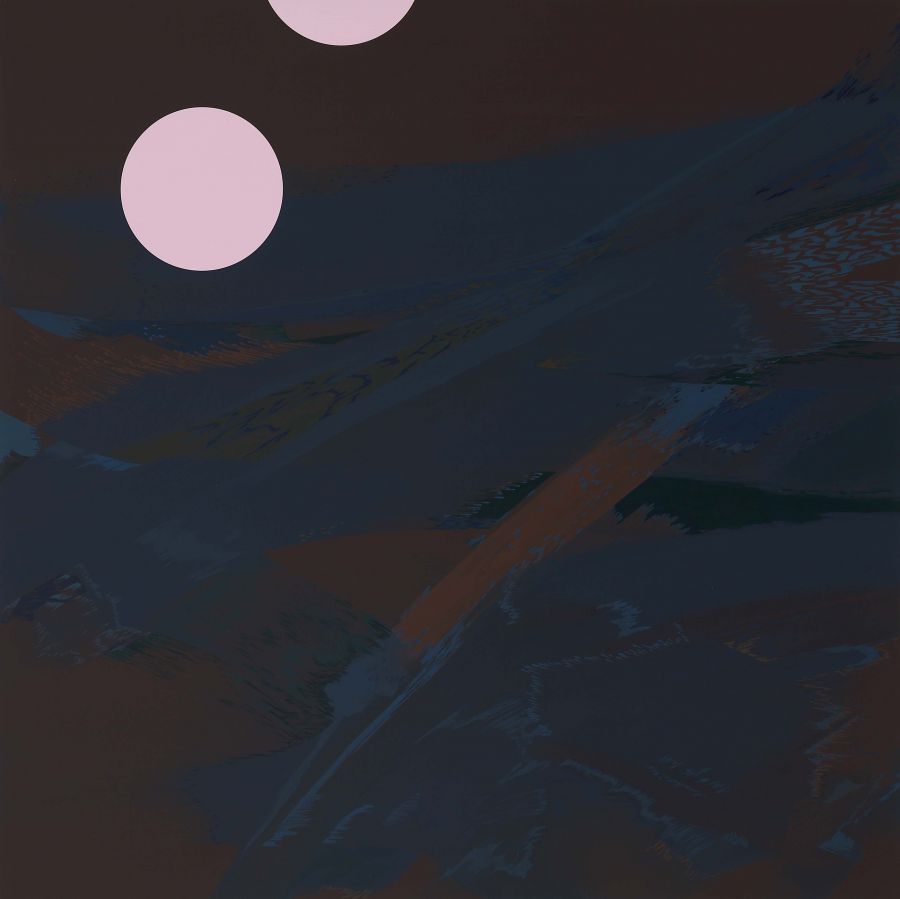 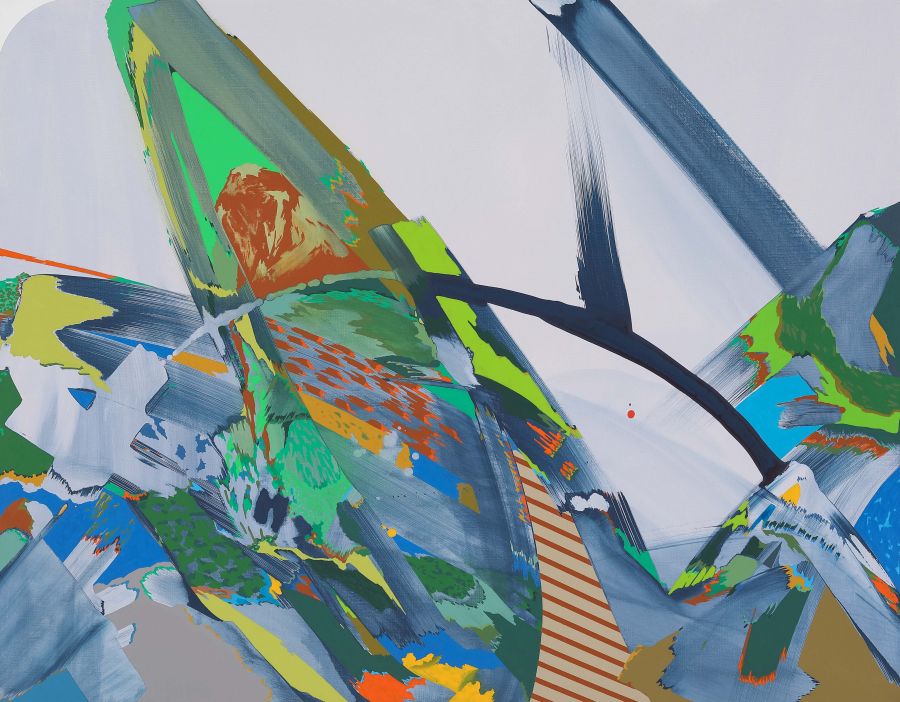 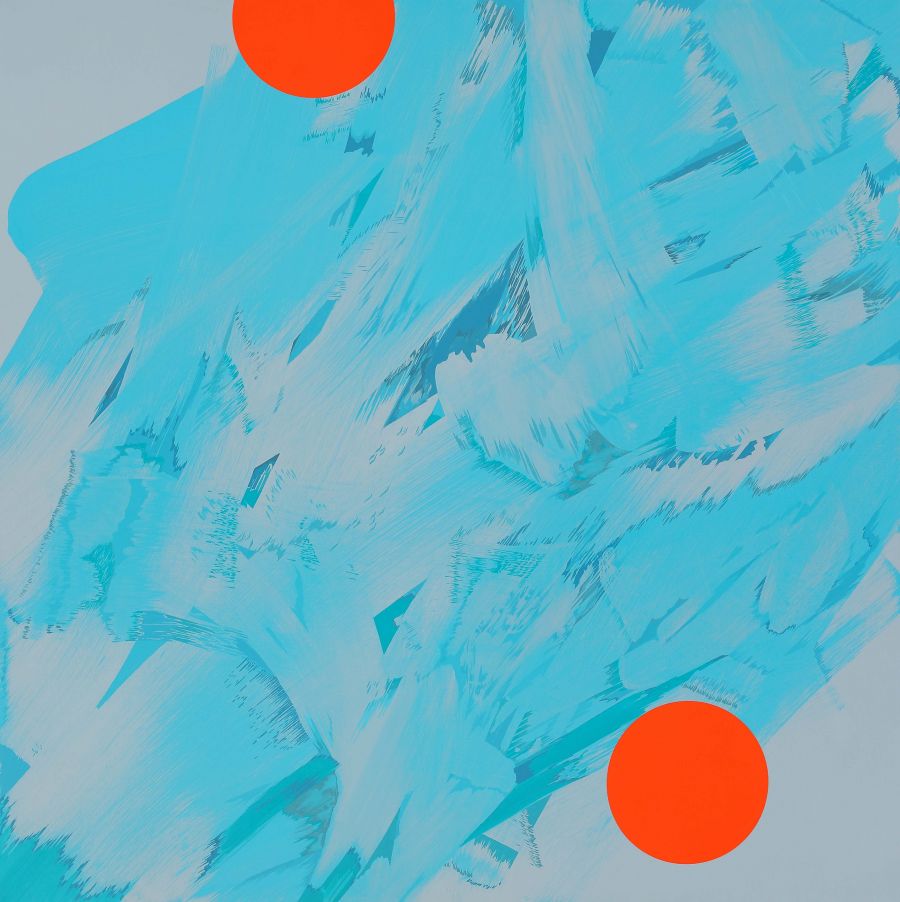 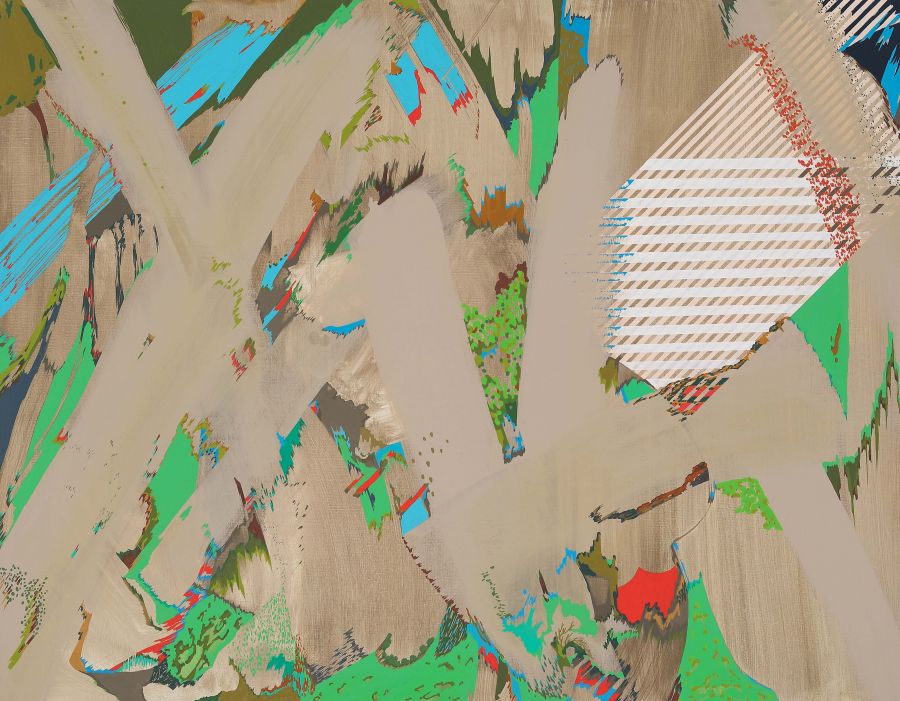 Images emerge anytime. However, it is not so easy to define the conditions in which the images emerge. Therefore, it is not a usual experience for an audience, who comes to see an exhibition thinking there would be an image, to face ‘the emergence of an image’. Why is that? ‘An image’ requires things beyond colors, forms, canvases and paints as the condition in which they emerge.

Let us consider the relationship between a visible object and a person looking at it. There is a process in which a 'viewer' faces a scene, extracts and captures an image from it. At this time, the 'viewer', whether well-trained or not, would attempt to identify and define the nature of the image with their own knowledge on ‘viewing’ in perceptional dimension. Regardless of whether the painting represents a real thing (person) or the canvas itself, the viewer seeks to find its meaning, symbol, and knowledge in it.

However, there is a time when something is crouching inside the pictorial field, regardless of the viewer's will or attention. This situation is quite problematic because the 'image' sways the viewer’s own sight and interpretation towards it and emerges all of sudden, unrelatedly to the cognitive system consisting of the viewer’s knowledge. In other words, the image leads and controls the viewer’s sight. The authority of seeing is not on the viewer's side, but belongs to the image. Accordingly, the image is not being discovered, but is rather 'emerging'.
Let us now consider the case of you being placed in this exhibition. The audience who just entered the gallery will see a swing of color, which holds a feeling of rhythm, in the foreground. Looking at the full colored circles, feeling the rhythm with a sense of movement that the colors create, the overall impression of Yim Ja-hyuk’s exhibition ‘In the Mean Time’ would be created in the viewer’s mind. Rather than representing specific figures, the paintings in the exhibition are the color itself, rounded circles, and the canvases entitled by ‘the colors’. The viewer’s sight would follow a certain sequence and wander over the colors. From <Very Light Pink> to <A little More Blue than Turquoise>, <Indescribable Light Green> to <A little More Blue than Turquoise>, <Very Light Pink>, and <Umber>. And, in a moment, from <Indescribable Light Green> to <Green with a Dash of White>, over to <Yellow>, from <Very Light Sky Blue> to <Light Gray> and <Brown with a Dash of White> to <Indigo Blue>.

Yes. The paintings in this exhibition have colors as their names. When a painting has a name, in many cases, the desire to find 'meaning' in the painting sticks to the name. Yim Ja-hyuk has always given specific names to her paintings, even though they often constricted her works semantically, and this is also true for the 11 paintings presented in this exhibition. However, these names do not actually include all the colors contained in one canvas, nor do they point to the colors from the given name. Rather, they intend to show a variety of colors which disturb viewer’s eyes through vivid complementary colors, so that the colors are scattered and dizzy over the spectrum along with the shapes that the artist layered on with a small brush (though looking rather smooth).

For example, for <Yellow>, which is filled with yellow color in the foreground, it is true that the name is largely responsible for the main impression of the canvas and the specially extracted color is yellow, but in truth one can see various colors in the front and back (or the inside and outside) of the color, yellow. You can see various colors, like different yellows, diluted by adding water, or blue mixed over it, green, brown and other 'indescribable'. Looking more closely, filling the canvas are the texture of the brush, the variety of colors filled along at the beginning or the end of the brushstroke, the fine lines, and the many different traces that appear to be intended.

What do we see now? The canvases with the colors (or with such a name) do not remain as 'colors' or 'impressions'. They pull the audience's body further inside, and by doing this, the canvases try to become images. The audience does not only discover geometric shapes such as circles, straight lines or cross stripe patterns, but also faces various traces crossing over the patterns. The thing that the viewer encounters, the thing that emerges, which we call an image here in other words, can be called a trace rather than a color or a form in more formal and neutral ways. This thing that emerges does quickly deviate from the title's description, and is not reduced to a color or a form and remains in itself. For this reason, the audience gets closer to the canvas. Instead of looking at the paintings from a distance, they are more actively engaged with the paintings, which lead them to find the traces of the brush and tangled directions.

Indeed, it can be said, that the subject of painting was for a long time about the dynamic between the sight of the viewer and the gaze triggered by the image itself. There has always been tension between ‘what the viewer seeks to see in the painting employing their own knowledge and meanings’ and the images that exist beyond it, when discussing not only about the problem of representation, but also about the nature of abstract painting on the fundamental level.
Yim Ja-hyuk’s paintings ‘with colors’ shown in this exhibition at Gallery Kiche seems to have come to a different stage from where her previous works were placed at. The artist used to strive to work on her drawings and paintings that can be rapidly and specifically understood. She drew daily breaths, created works on walls to fill a place and made large brushstrokes representing waterfalls and mountain landscapes, finishing the works by adding very specific forms such as a bear and a frog. However, when compared to her previous works, what she intends to do by ‘painting’ is not different.
Ultimately, the artist has longed for a moment that ‘the act of seeing’ faces ‘the emergence of an image’, which often disappoints or goes beyond the expectation of the viewer. Yim Ja-hyuk has always made a slightly different point on the viewer’s will to rush into an artwork with their own knowledge and meanings. And she encourages you to face what is going on inside the paintings “In the Mean Time".